Today we embarked on our first real family vacation with both kids and my in-laws. Destination San Diego County.

Preparations started the night before. We packed everything we needed, tons of snacks for the plane ride, carry-on’s full of stuff for the kids to keep them busy on the plane and all our important documents. Of course something had to go wrong when my in-laws called Expedia to confirm their ticket info only to be told  there was no record of our reservation. Say what?! Then ensued frantic email checking, phones calls and yelling until Expedia realized they made a mistake and found our reservation. Okay, so not off to the greatest start. 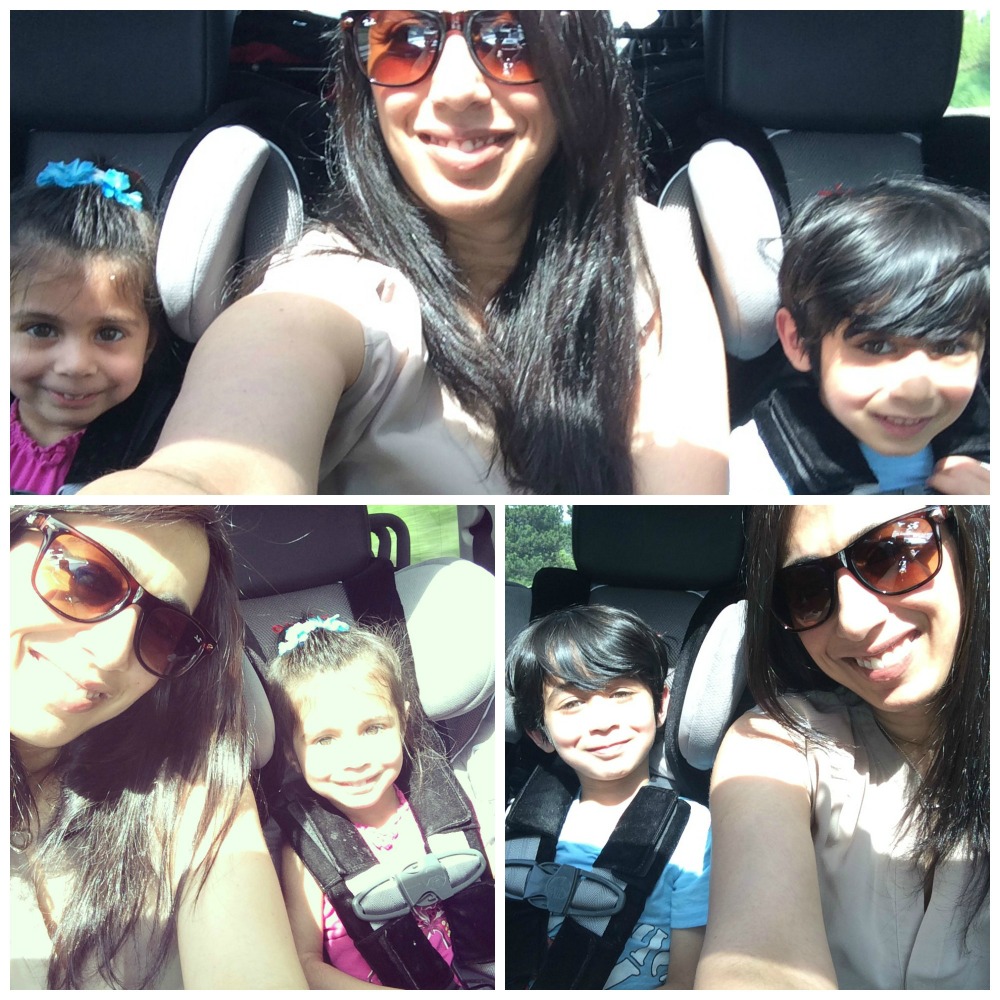 Then the next day we loaded up the car, my dad dropped us off at the airport and we started our long journey through US customs. We declared the fruit that we had brought as snacks for the kids. They confiscated our bananas (because there were no labels saying which country they came from) and our cut-up strawberries (because they weren’t in the original container.) We did get to keep our apple and blueberries.

Then it was onto boarding our tiny plane for a half hour ride to Seattle. Literally, right as we landed, Keyan fell asleep. He was tired because the kids had missed nap time. So we transferred him into a stroller and he slept for about 40 mins. 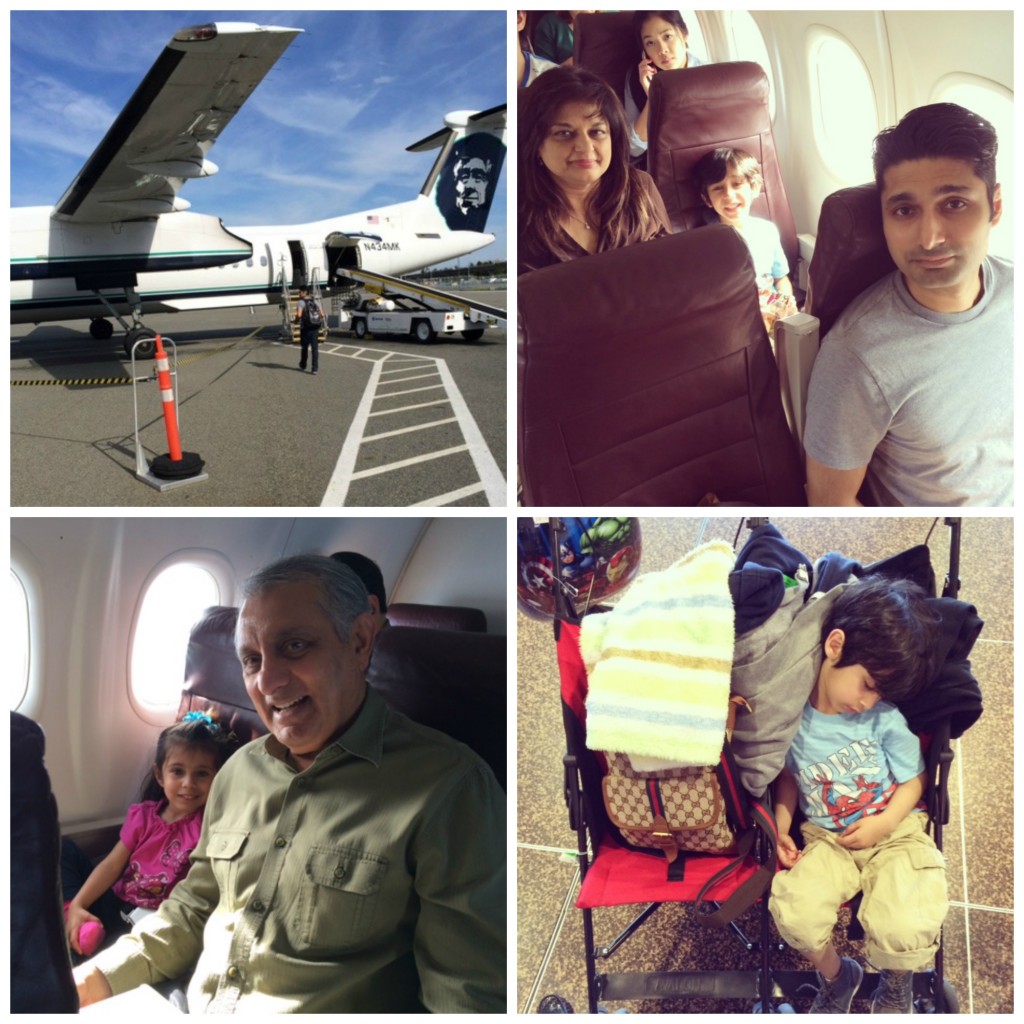 In Seattle we had a 3-hour stopover at the airport so we had some dinner, watched a bunch of planes take-off, built a little bit of Lego and took turns using the bathroom before we were called for boarding. The next plane, with the same Alaska Airlines was huge, but still, no TV’s! The kids were a bit disappointed that they didn’t get to use their cool headphones and we were disappointed that we had to entertain them for 2.25 hours ourselves. But we all made it. The hubby was even able to get Kyah to go to sleep which was amazing! 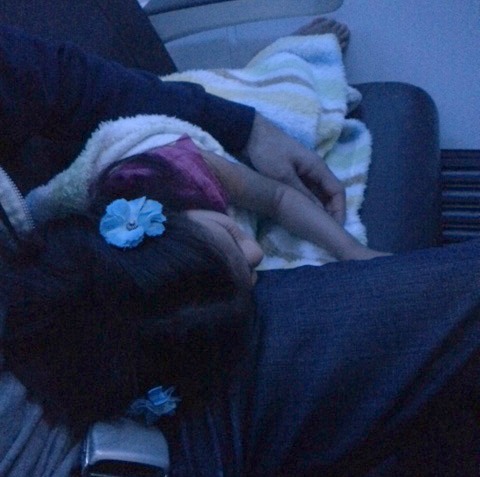 We landed in San Diego after 11pm, we got our luggage and went to find our car rental with Alamo. We discovered, after a long walk that we had only arrived at a shuttle stop where they would pick us up and take us to the the car rental location. Alamo was closed so National said they would honor the rental, thank goodness!! While doing the paper work, the hubs realized that he had left his driver’s license at home and brought his BC ID instead so yours truly became the main driver.

After getting our mini-van we started installing the two car seats well after midnight, a tedious task itself late at night, in the dark, after a long day of travel. But we did it and started on our way to our hotel, the Lakehouse Hotel Resort which was about 45 minutes away in San Marcos. With no GPS, we old schooled it with google map directions and hoped for the best. Keyan fell asleep the second the car started driving, but my 2.5-yr old, who woke up once we disembarked the plane, was wide awake for the whole drive! That girl really has something against sleep.

We arrived at the hotel around 2am. The front desk was very helpful and got us some rooms next door to each other. The rooms and decor were very nice and the beds were very comfortable as we all finally got to sleep after a long day of travel. (I had to use a picture from the website because my photo just didn’t do the room justice.)

Tomorrow we start our adventure!