Before leaving my career as a television producer to be a work-at-home mom, I never drank coffee. Tea was only consumed on a special occasion, like if my mom made her chai for me.  But ever since I started working from home, I’ve been hanging out and working at more coffee shops. This also means I’ve been drinking more tea and coffee. The one that started it all was the delicious Pumpkin Spice Latte which I was actually able to recreate at home! After that, it was the Green Tea Latte. And then I was introduced to an Earl Grey Tea Latte, also known as a London Fog.

The Earl Grey Tea Latte was introduced to me by my friend Tairalyn, from Little Miss Mama. It was such a perfect drink, soothing and just the right amount of sweetness. Of course I had to try and make it at home so I could enjoy it as often as possible.

Instructions
1. Brew a strong cup of earl grey tea.
2. Using either a pot on the stove or a large cup in the microwave, combine the milk and vanilla. Then heat it up. Once it’s hot, add the sugar and mix it.
3. Then use your milk frother (if you have one) to froth the milk mixture. If you don’t have a milk frother, I find that using a little whisk can give you a bit of froth as well.
4. Pour your Earl grey tea into a cup. Then pour your milk mixture in on  top and enjoy. This will make one large cup or two small cups of earl grey tea latte for you. 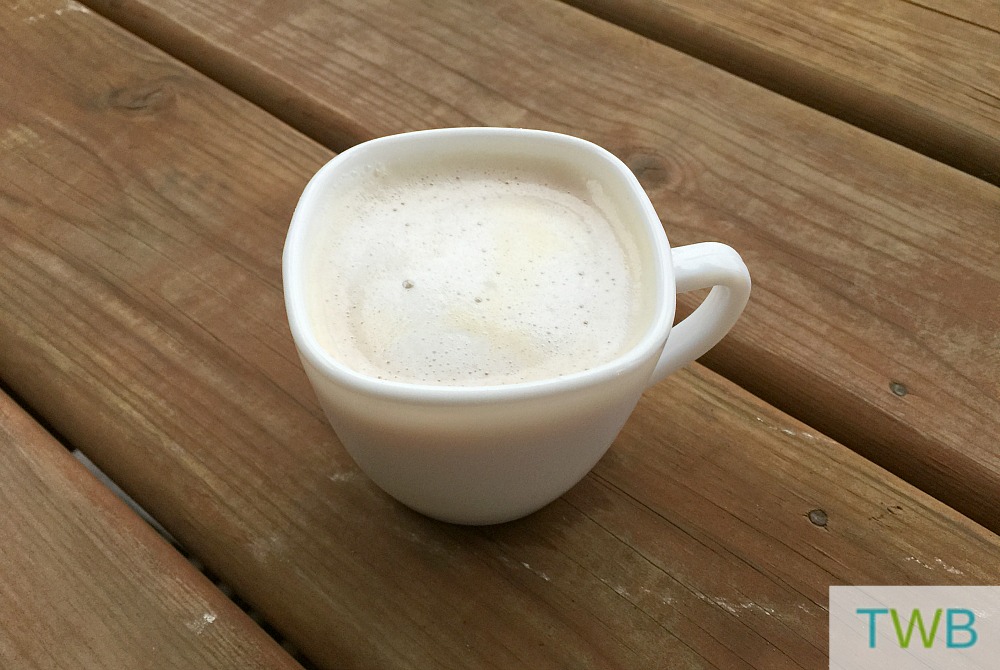 If you don’t have a frother or small whisk , you can skip that step. It doesn’t change the taste, it just makes the milk mixture lighter and frothier. Without it, the flavour is still the same, delicious!

If you are interested in buying a frother, I researched a few here.

What is your favourite tea, coffee or drink to make at home?

If you liked this post, you will also like:
4 Teas You Need to Try
Homemade Pumpkin Spice Latte
Golden Milk/Turmeric Latte