I don’t drink straight coffee. Trust me, I’ve tried but I just don’t like or enjoy it.  However, if you give me a delicious latte, I can definitely enjoy that!  After treating myself to a latte once a week, I decided that I should try making them at home, especially because my husband buys a green tea latte every morning. I thought by making them ourselves, we’d save money in the long run and we would know exactly what ingredients were going into them. To do that, we would need a milk frother,

I tested out three frothers and I thought I would share my my thoughts on them with you to help you make your decision on what’s the right milk frother for you.

Which is the best Milk Frother?

1. Fresco Electric Frother
First I went for the simplest and most inexpensive milk frother I could find on the market and that was a handheld Fresco Frother that I found at London Drugs for $9.99 (It’s on sale now.) My goal was to save money and make lattes at home so if I could do it for ten dollars, why not?

And it did work, but it was just more time and energy. You have to warm your milk in a pot first, just until it bubbles, then you can use your handheld frother for the milk. Make sure to use a deep cup so that when you’re frothing, you don’t also get sprayed (which totally happened to me the first time I tried it.) But it did work, so if you don’t mind the extra step of steaming your milk first, this is a great option. 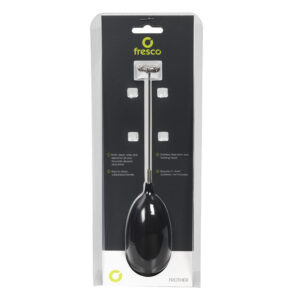 Of course, I still wanted a milk frother with fewer steps that saved me more time and work.

2. Martello Pro Frother
Next I tried an electric milk frother from Walmart which was pricier at $58.88, but it promised to do everything in one step  which really appealed to me. So I brought it home and tested it out. It was definitely quicker (and cleaner.) I also like that you can easily take the little frother stick out and then you can just warm up milk if you want. This one also has the option of making a cold frothy drink too. 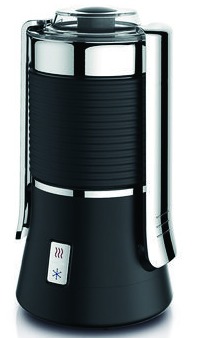 The hubby however felt like it wasn’t hot enough, just luke warmer so we decided to try out one more. (Good thing all these stores have great return policies that say if you don’t like it after you use it, bring it back.)

3. Capresso Froth Plus
The final milk frother we tried was a fancy looking Capresso Froth Plus from Bed Bath & Beyond which sold for $79.99. What I liked about this one is the way it looked, that it was easy to clean and it had three settings, hot, warm and cold.

However, I found that even though it had a third setting for hot, it still made the latte’s the same temperature as the Martello. The solution that I came up with was to take the frother piece out and just heat the milk. Then add the frother attachment back in and press the button again. This gives you a hot latte with the frother texture that makes it taste so good. 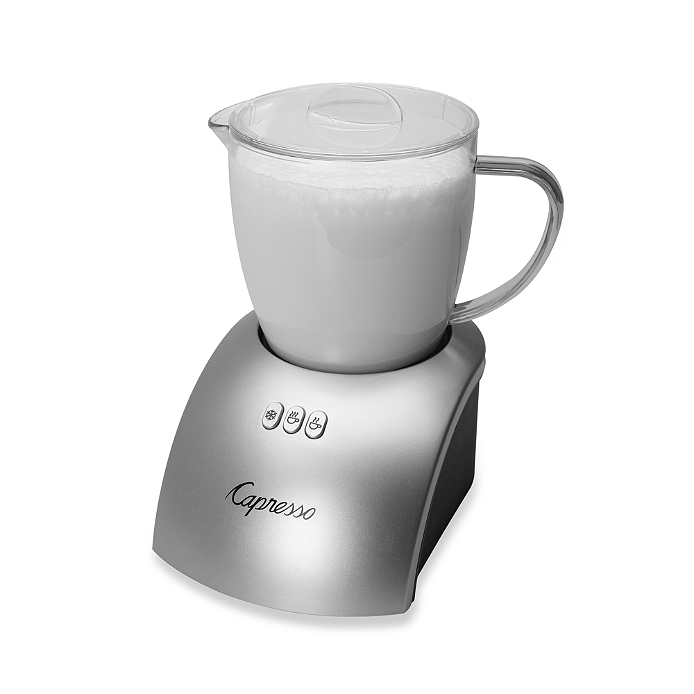 In the end, my favourite  milk frother was #2, the Martello Pro Frother because it was a simple step to add the attachment. Lift the lid, slid it into the lid and then close and press the button. The Martello also made lots of froth, if that’s something your enjoy.

For the Capresso, to get it to the latte at the temperature I wanted, I would heat the milk, then pour it into a cup, put the frother attachment into the bottom, then pour the milk back in. It was an extra step that really wasn’t necessity and often end up with me spilling. 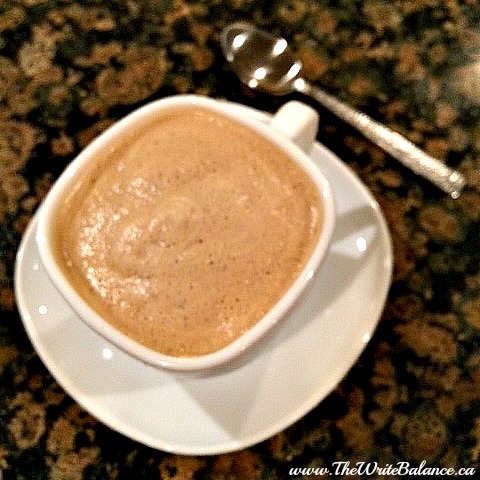 Of course there are many more frothers out there to try. These were the ones that I ended up testing so I thought I would share with you. Which ever one you do end up buying, they ALL make delicious lattes.

Hopefully this review helps you out. Make sure to come back and visit or sign up of to get email alerts of my blog posts because I will soon be sharing my very easy and tasty homemade latte recipes.

UPDATE: Later on I purchased a Nespresso Frother which has also worked really great for us for lattes and hot chocolate. It was a little bit of an investment but definitely worth it.

*This is not a sponsored post. All opinions are my own as always and all items were purchased by me.

17 thoughts on “Which Milk Frother is the Best to Make Your Own Lattes?”