A well-known name in the CFL, quarterback Travis Lulay came to Vancouver and the BC Lions in May 2009. Making his mark, by 2011 Lulay won the CFL’s Most Outstanding Player Award and was named the Most Valuable Player of the 2011 Grey Cup. 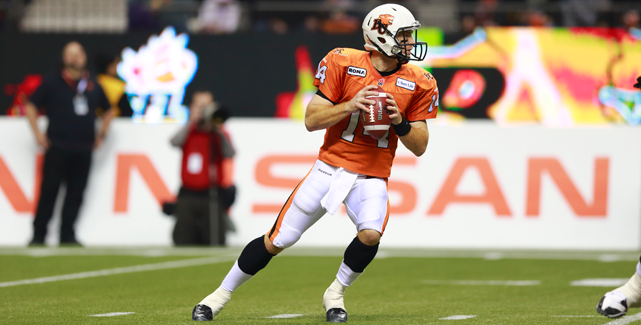 With his football career going strong and a proud supporter of local charities and events, Lulay added yet another description to his resume, father. He and his wife Kim welcomed their daughter Parker Cecilia into the world in October 2012.
Since then Lulay has been juggling the roles of athlete, community supporter, husband and father, all In The Spotlight. So how does he manage to tackle all these important roles? I had a chance to chat with Lulay and ask how he finds ‘The Right Balance.”

As a BC Lion football player, a father, a husband and a big supporter of local charities, how do you manage to find balance?
I probably operate best, I’m more efficient, when I’m busy. I try and do as much work as I can while I’m at work… so that when I’m at home I can have that family time. I’m kind of a workaholic so it’s hard not to take work home. Sometimes I’ll have to watch some extra film or do some note-taking for the game planning but I like to be present when I’m home. Being with the family also helps me keep it all in perspective too because really, that’s the most important thing.

What do you love about your job?
I’m a competitive person by nature, so I love that I get the opportunity to compete often. I like the behind the scenes, the production. The fans see game day, they see a touchdown pass, it’s exciting, but I enjoy the process of how that touchdown came to be, how we designed that play. We say, our job is 80% preparation, 20% execution.
I also enjoy the commraderie, the locker room, being around a group of guys, being able to influence a group, it’s the ultimate team game.

As a well-known athlete, how does being in the spotlight affect you and your family?
It is something I’m conscious of. Especially now having a little one, I think of that more, how often she’s exposed in pubic. Every parent has those concerns for their child. I try and remind myself often that anybody who…wants to say hello or wants a picture, that’s their way of showing appreciation for me and what I do as an athlete…and that’s a pretty humbling thing. I was a fan first before I was a professional football player so I understand the other side of the table really well. 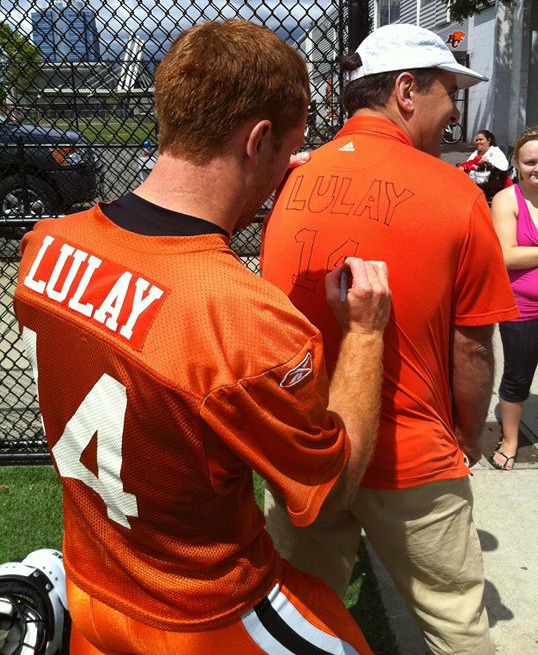 Why is being involved in so many different charities important to you?
I think as a public figure, as someone some people may look up to…I recognize I have a bit of a platform and I want to use that platform in a positive way to support some really good organizations, some really good causes.
There are a lot of good people out there that are working hard to better the world and if I can have a small hand in that, I want to do as much as I can. 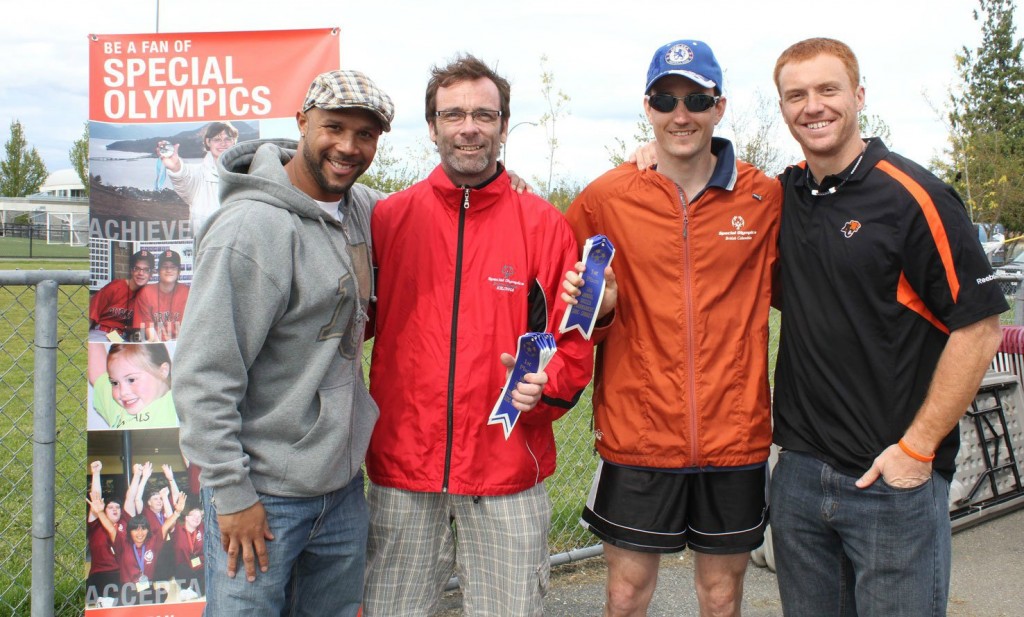 If you have free time, what do you like to do outside of work, charity and family?
I would be on a river fishing somewhere (laughs.) That would probably be my favorite hobby. We spent a lot of years in Montana and my wife and I would do a lot of hiking and other outdoorsy acitivies so that’s kind of my safe haven, my good place. You need to slow the brain down from time to time and that’s a good way to do it for me.The place I fish the most in BC is the Vedder River outside of Chilliwack. 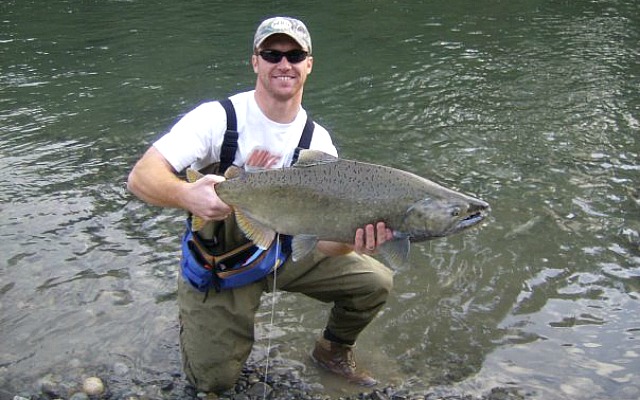 You became a father at a time in your life when a lot was happening and yet you managed to be present. How did that day change your life?
Oh man, in so many ways. As any parent would know, once you become a parent, you realize all that goes into that. I’ve never questioned for a moment whether I want to be a parent or not, it was just a matter of when and not if.
I feel really fortunate the way the season worked out. We had just gotten home from long road trip…and my wife went into labour. That was a stress having a little one during the season and not knowing if there’d be a chance it would happen while I was gone. I felt really fortunate to have been able to be there.
And I’ve got it coming again. I’m going to be a father for the second time, very soon. (Shortly after this interview, baby #2 was born on happy & healthy on July 12.)

What do you love the most about being a father?
I love the protector role, the guardian role,  especially having a little girl (laughs,) you become very protective and you want nothing but the best for that little person. You have the opportunity to positively influence that little life. That’s a humbling thought, it’s kind of a scary thought when you think about how much responsibility that is.  You want to work so they can have a good productive life. I can’t even imagine the day when you have to turn them over to the real world, that’s a scary thought. Hopefully by that time you’ve put a positive enough imprint that they’ll be able to fly. 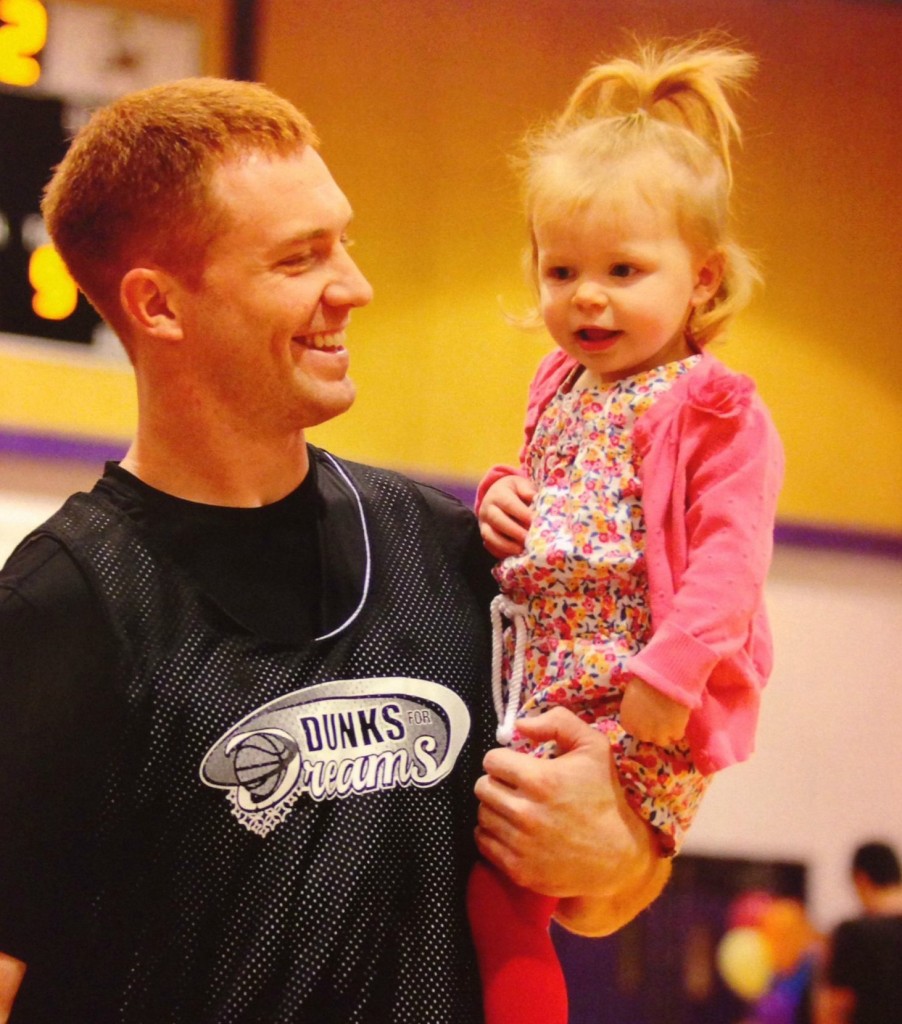 What is the most challenging thing about being a parent?
Being on the clock all the time. In the past I could work, work, work like crazy. And then when I had down time, it was down time. Down time is different now right? Downtime is now family time. I fish less and I golf less…but that’s okay. It makes up for it when you come home from work and the little one runs up to you, really excited to see you.

With such a busy schedule, how do you and your wife Kim, make time for each other and your relationship?
We try to spend the last part of the day together, once we put the little one down, clean up the house and the dishes are done. That last little bit of time, that’s our time together…not busy doing something else.
Whenever we do get the opportunity and family comes into town or we get a sitter, we do go out. It hasn’t been a ton of times, but we will go out to dinner or a movie, just the two of us for a little bit. It’s a work in progress (laughs.)

What’s one thing you’ve learned in your role as a father that you can share?
Know that what you’re doing is for the little ones, right? So you often have to put your own needs aside. It’s easier when you remind yourself who you’re doing it for…the betterment of that little person.

To find out more about BC Lion’s Quarterback Travis Lulay, visit BCLions.com. You can also check out his FB Page and follow him on Twitter.

18 thoughts on “In The Spotlight with Travis Lulay”