The Evolution of Candy Day

I don’t remember how or when my oldest started eating candy. And it was never a big deal because he use to have it on rare occasions and it was never something that I worried he was having too much of. Back then, there was nothing in our vocabulary like candy day.

But then things changed when we came to Vancouver. All of sudden we had grandparents, aunts, uncles, cousins and so many other family and friends around us. For some reason, many of them thought it was a good idea to give a three-year-old (and a one-year old) candy and chocolate. And because it was coming from so many different people, there was candy coming out of Keyan’s ears and I was losing control of how much he was putting in his body.

Now I don’t blame people for offering the kids these goodies. I mean they aren’t the parents and they just want the kids to come to them. And the best way is to offer them something they like, I get it. But I don’t like it.

I had to figure out what to do without constantly badgering people all the time! I remembered something my aunt used to do years ago when her daughter was young and that was to institute a candy day.

So that’s what I did. Sunday became candy day in our house. Keyan is now allowed to eat between 3-5 candies every Sunday. If he is given any candy or chocolate from Monday – Saturday, he will take it and store it in his special candy box and save it for Sunday. 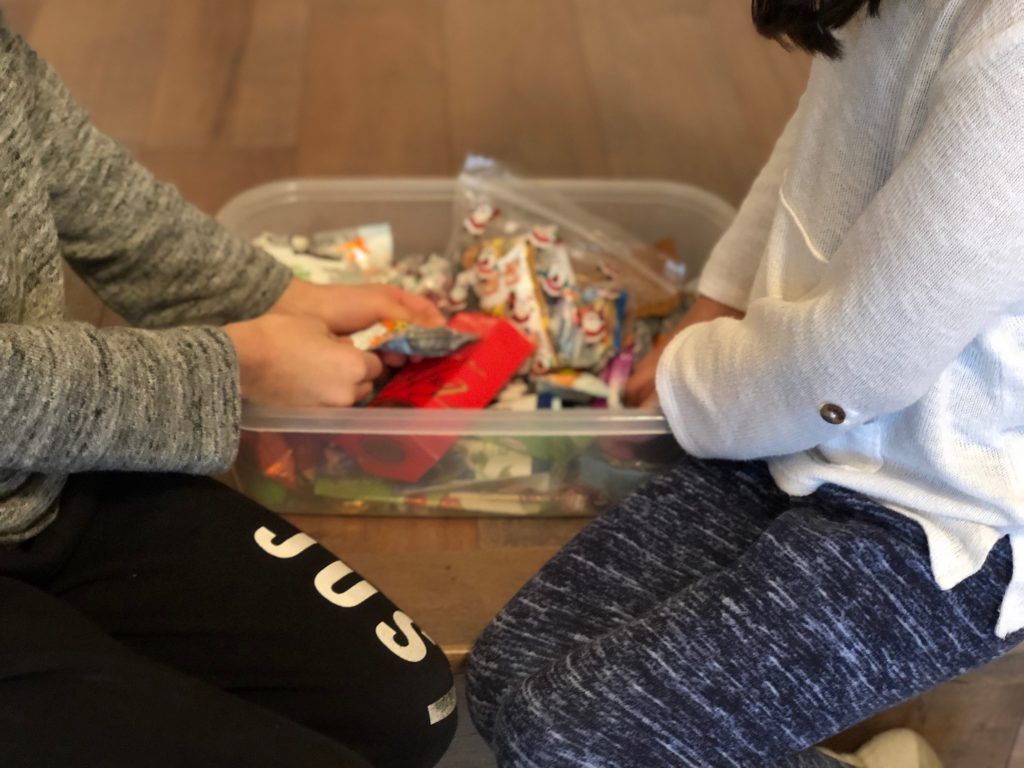 It has worked really well. In the time that we’ve been doing it, he has only once asked if he could have candy on a day other than Sunday.

And I haven’t included things like cake and ice cream in my ban, so if we or the grandparents want to take them for a treat during the week, we have options.

What do you think of a candy day? How do you keep track of how much candy your kids eat?

2 thoughts on “Do Your Kids Have a Candy Day”