The kids and I made our first ever Summer Bucket List this year and it’s been lots of fun! We recently crossed another one off the list when we visited the Capilano Suspension Bridge and Park  in North Vancouver.

Even though I’ve lived most of my life in Vancouver, it’d been a long time since I’d visited the suspension bridge and I was excited to explore it through new eyes with my kids. 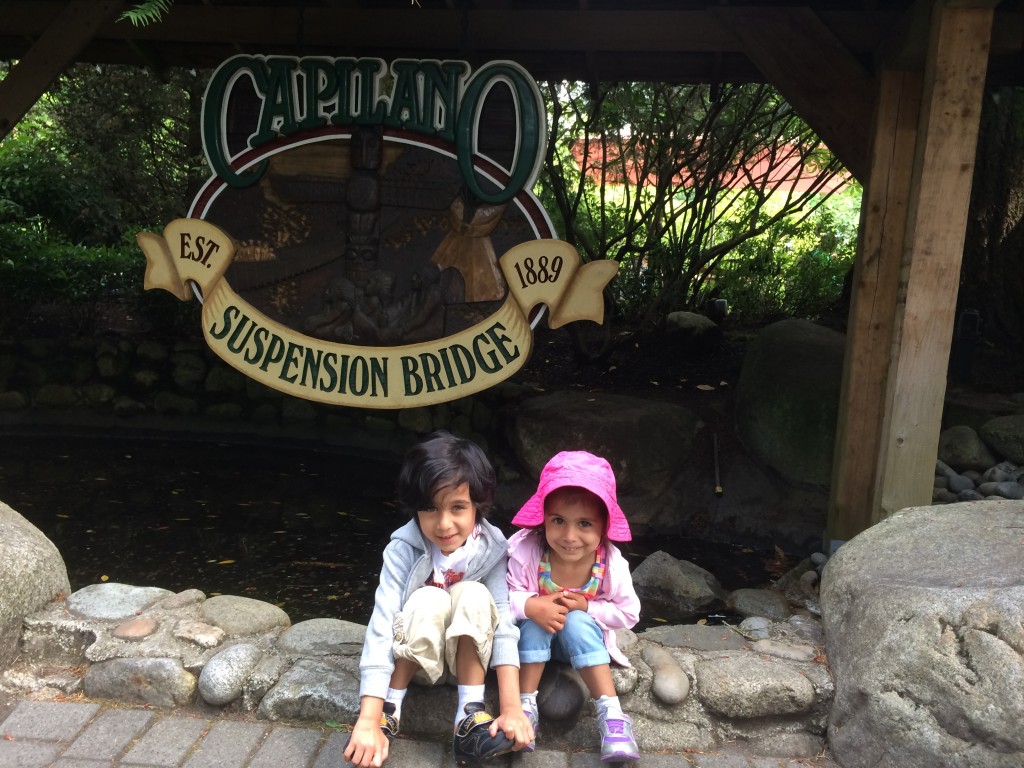 Once you enter through the gates there’s beautiful rich greenery and so much of BC’s heritage to see and learn about as well as more than just the suspension bridge to explore. The park offered a tour but since we had two toddlers with us, we thought is was best to just go where the wind took us.

We started on the cliff walk walk, which is an amazing journey on high, suspended walkways over the Capilano River and greenery. It was only added a few years ago and it’s an amazing view! 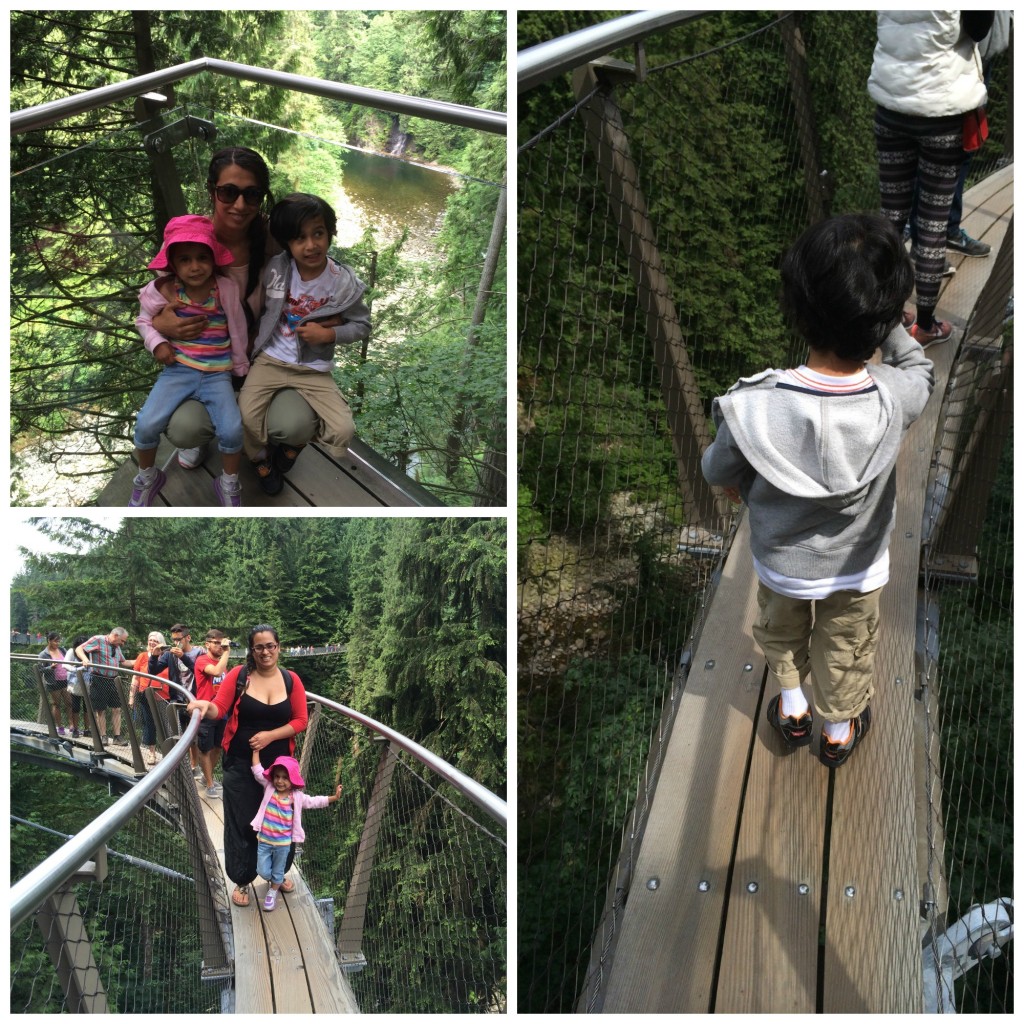 Next we decided to tackle the main attraction, the Suspension Bridge. The kids (and my brother) were a bit sketchy about treading on a shaky bridge high up over the river, but as soon as we started walking, they had tons of fun. Did you know that the bridge was originally built in 1889?! That’s a really long time ago! And the bridge is 230 ft above the Capilano River. Just make sure you don’t drop anything over the rails 🙂 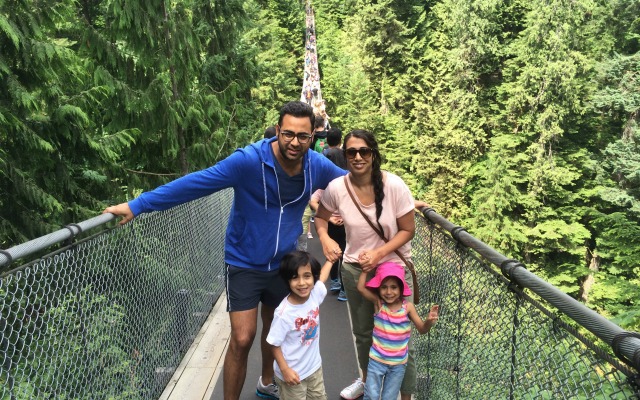 We stopped for a snack after we crossed the bridge. There were a lot of places to sit and enjoy the scenery as well as lots of fun facts and info to read about. Then we decided to tackle the Treetops Adventure where you cross seven bridges that are more than 100ft in the air. 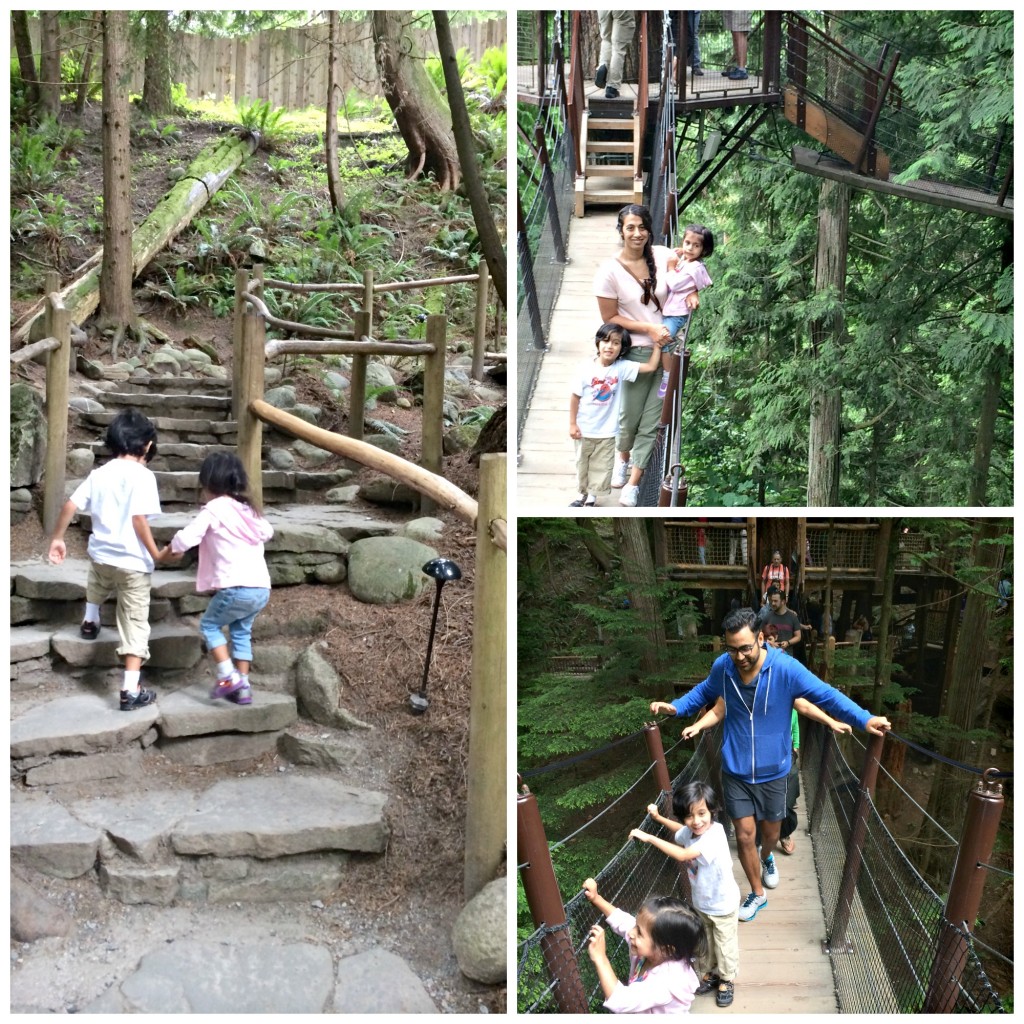 At the Treetops Adventure, the kids can also grab an explorer information booklet. It’s basically like scavenger hunt with questions you’ll find the answer to throughout the park. When you’re done, you come back to get a little prize!

We all had a really fun morning at the Capilano Suspension Bridge Park. I would definitely recommend adding it to your Summer Bucket List.