Today I couldn’t stop smiling as my four-year old dressed up as a reindeer, marched on to the stage with the rest of his class, performed a short play and then sang a whole bunch of Christmas carols, with hand actions and everything! It was a proud moment, not only for me, but for all of us watching, even more so, because Keyan can be shy. But today he did it and not once did he put his shirt in his mouth as he often does in situations when he’s feeling uncomfortable.

Keyan had a big entourage: me, the hubs, Kyah, my mother-in-law, my mom and dad and my aunt. Everyone wanted to see Keyan in his big debut. 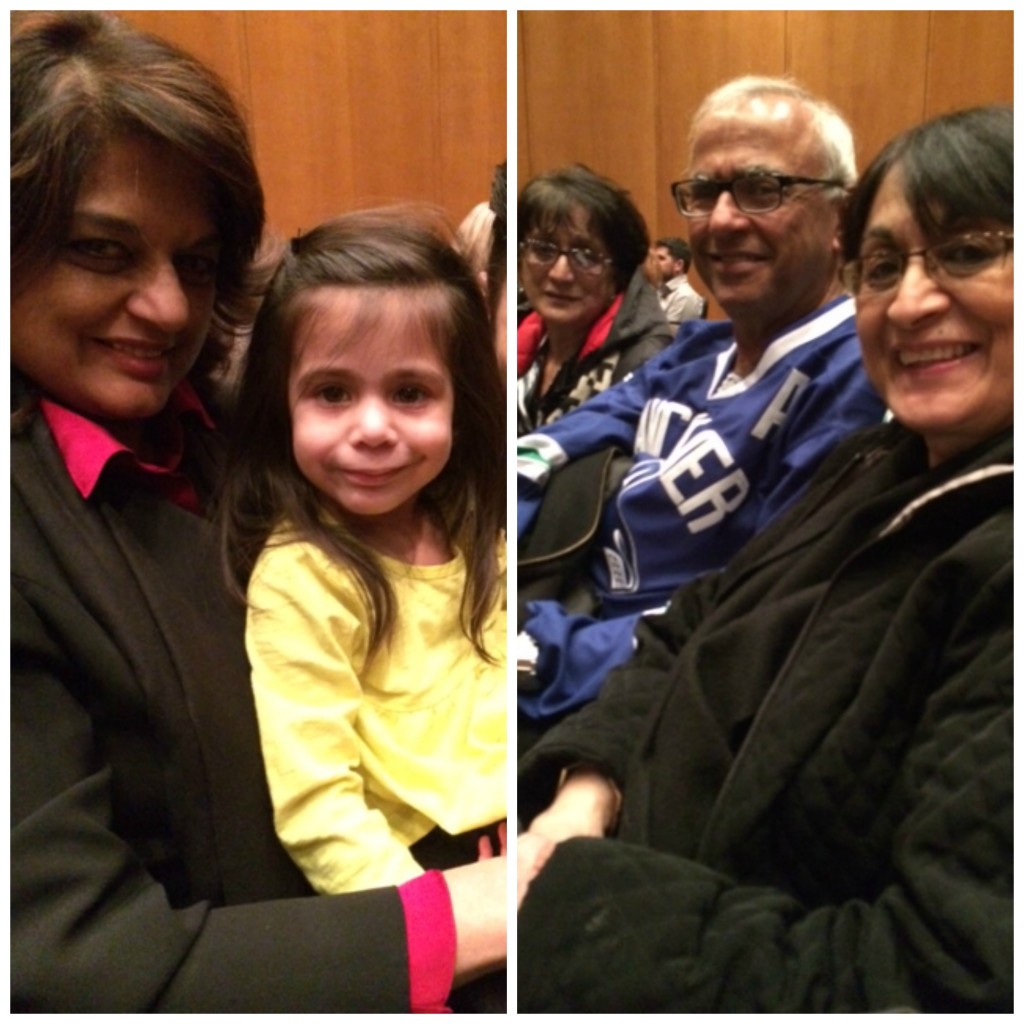 When we got to the theatre, I took Keyan down to the green room for his hair and make-up (i.e. Reindeer nose and antlers.) Then I left him with his class to take my seat with everyone else in the theatre. There was so much excitement in the air with parents, grandparents, siblings and relatives of all kinds. Phone camera’s and video camera’s were set and ready for the kids to arrive!

Then it started, “Twas the night before Christmas…” Keyan entered with his group of reindeer to help Santa with his sleigh. It was very cute. Kyah was very excited when she saw her big brother all dressed up and she yelled (really loudly) “Keyan has a big bad wolf nose!” 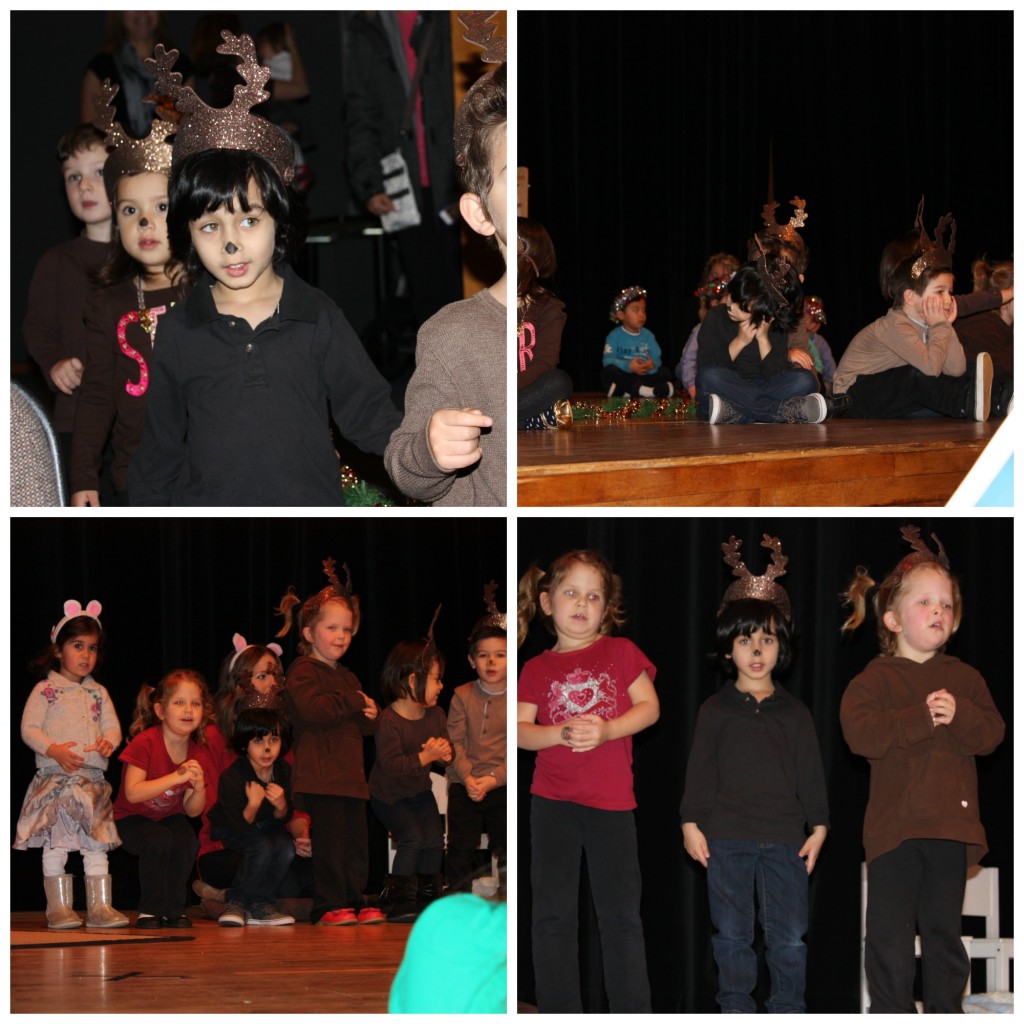 After the kids successfully finished the play, they sang a bunch of carols including ‘I want a Hippopotamus for Christmas” and ‘Feliz Navidad.’

Then it was a visit from Santa, who wore cool red Nike’s by the way, and each child got a gift and candy cane. I was lucky that Kyah didn’t yell out “Santa’s not real!” like she’s been doing almost every time she sees someone wearing a Santa hat. Maybe me continually telling her not to ruin it for the other kids actually sunk in? 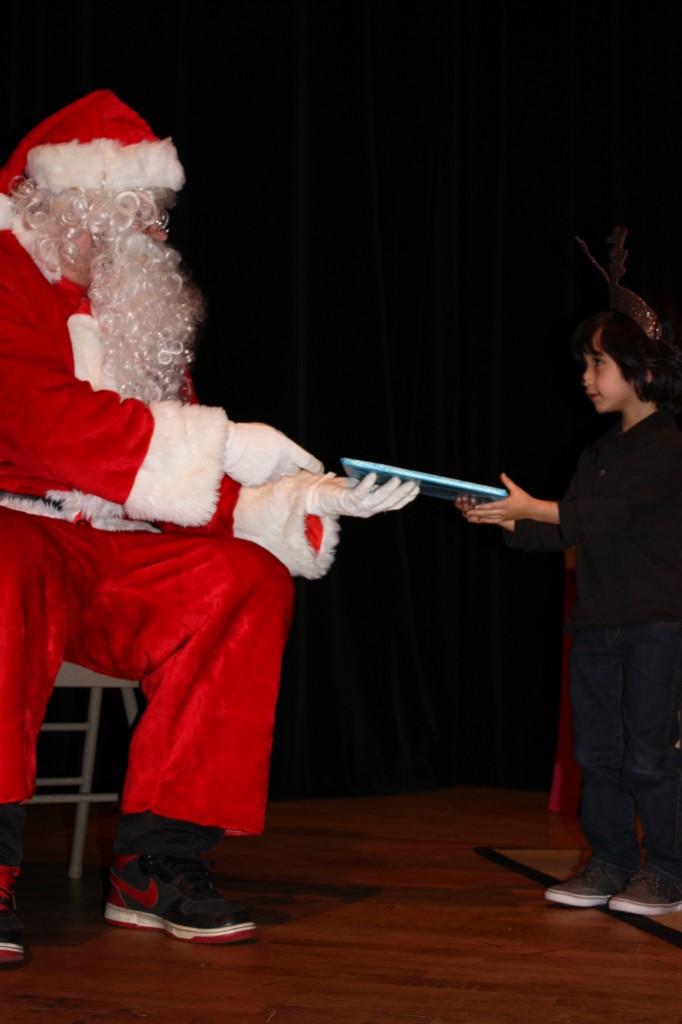 All in all, a great afternoon followed by juice and cookies. A wonderful time was had by all at Keyan’s first Christmas Concert. 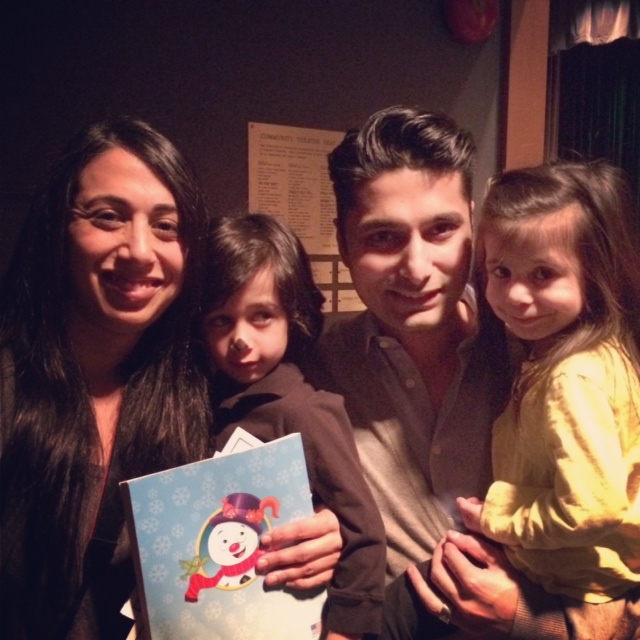 What is your favourite memory of your child’s first concert?

4 thoughts on “Our First Christmas Concert”