The Life Changing Magic of Tidying Up – How it was life changing for us.

In the last couple of years, I’ve had a few epiphany’s. Although they’ve been simple ones, they have been really important for me, some real ‘aha’ moments.

The big one was a conscious decision to be a happier person. Even though I have a wonderful family and life, I wasn’t as happy as I could be. That led me to read the Happiness Project. Overall, I thought it was a good book, (even though I do need to read it again.) The main thing that stuck to me from that book was how decluttering helped make the author happier. Even though I’ve always said I’m just a messy person, I realized, regardless of that, whenever things are neat and tidy, I love it and I’m so much more productive and happier!

That brought up the question and memory of my mom. I always remember questioning her when she refused to go to bed with dirty dishes in the sink, no matter how late is was. I never understood why until I found myself in the same scenario and started connecting tidiness with happiness.

The Life Changing Magic of Tidying Up – a summary

Enter…The Life Changing Magic of Tidying Up. Somehow, I stumbled on to it (I can’t remember how exactly,) and the title reeled me in. Even though I’d read both positive an negative reviews, I wanted to reserve judgement until I read the book myself.

When I first started reading it, I got excited and wanted to start tidying up right away. But I held off until I read most of the book, to make sure I would do it right.

The basic premise of the system of The Life Changing Magic of Tidying Up is, that if you do it this once, you’ll never rebound. You’ll never have the scenario where you will do a major clean, than a week or two later everything is messy again. The reason she gives is that you will learn to be surrounded with only things that bring you joy and that everything thing will have a place where it belongs. Of course she gives a much more in-depth explanation and logic behind that theory.

The big thing you have to do, is not tidy by room, but by category. You bring everything from that one category, from all over the house, to one spot. This way you can see exactly how much you have. For example, take clothes, which is the category she says to start with first. 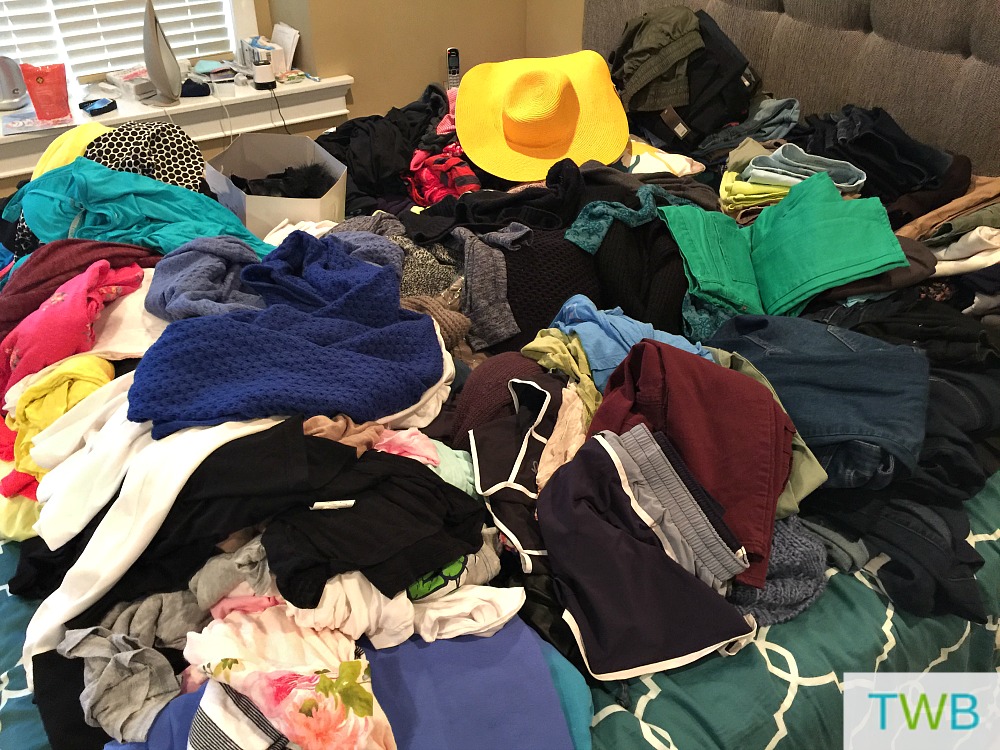 Bring your own clothes from everywhere in the house and put them on the floor. Get them from your closet, your guest room, the basement, everywhere. Firstly, you can see exactly how much you have of everything. Then you pick up each item of clothing and hold it and see if it brings you joy. The author, Marie, says it is something you will come to learn. And if you don’t, which I didn’t, you can still do it.

So I brought all my clothes from everywhere, and there were a lot! I picked up each item and even though I didn’t feel the joy, I did feel in my heart if this was something that I would wear or not, if it made me happy when I wore it or not. I ended up getting rid of of a lot of stuff and it was really difficult. Some items still had tags on them but for some reason I wasn’t wearing them. Or there were clothes that I was just saving for a special day, but five years had gone by and I’d never worn them and there were those clothes that were just a little too small that I’d been hanging on to in hopes of losing the last 10lbs.

I even tried on some of the clothes which I just wasn’t sure of. The pieces that I had a harder time letting go of for some reason, I actually thanked them out loud for the joy they brought me when I bought them or for the time that I wore them and said that I hoped the next person who wore it, got joy out of it too. I know it sounds weird, but it did help.

The Life Changing Magic of Tidying Up – Let go of guilt

In the book, Marie Kondo talks about how sometimes we can’t let go of something because we feel guilty about wasting money or that we never used it but she said even if it brought you some joy at some point, it’s done it’s job and it’s okay to let go. And I did.

It took me 8 hours to do it all. The kids went to hang out with their grandparents and the hubby and I each tackled our own clothes. You have to do your stuff yourself, because only you know what brings you joy and what you need. 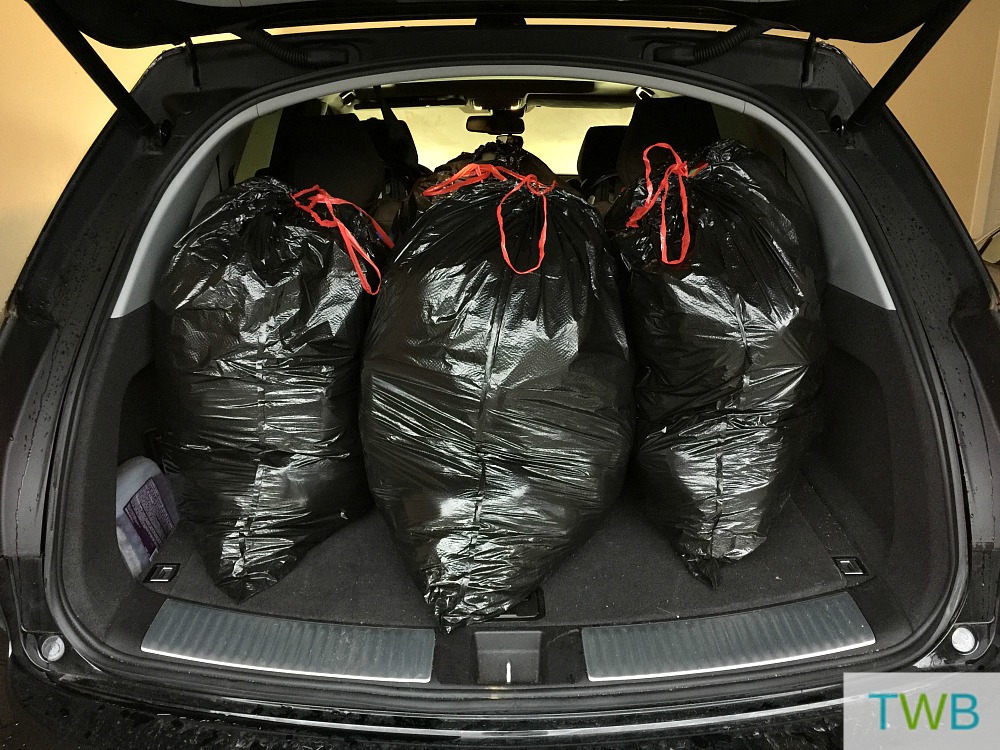 Even though it took a long time and was actually quite emotionally taxing, it was totally worth it when I was done. We had five garbage bags full for donation, one for the actual garbage and two very large suitcases to give a friend. When I say it was emotionally taxing, it’s because I was basically resetting everything I had learned and done since I was a teenager.

I’ve always LOVED shopping and have used retail therapy when I am feeling blue. I have also always been thrifty and could never resist a good bargain, whether it was online or in-store. Plus I love clothes, for me and my family.

This has tested it all. By doing the big purge, I have realized how much I actually spend on clothes, regardless of if it only cost $5 or $10. It’s a habit that I am now changing. I’m not just haphazardly shopping but buying things when I need them, or if I really love them. It’s been hard, but I’m letting myself window shop instead and that’s bringing me some joy. On a couple of occasions, I’ve even gone online and shopped, put stuff in my cart and then not bought it.

It’s a work in progress, but I can tell you, that my husband and I are both really happy every time we walk into our closet. It’s not stuffed to the brim, everything has a place it should be and there is still lots to choose from.

On another day, we tackled all the bathroom stuff and that was really great too. I will share it in another post. We are also trying to schedule a day that we can do books and papers. Marie says it’s a long process, but that’s okay because once you do it right, you’ll never rebound.

I hope that this post has been a little helpful and given you some insight into The Life Changing Magic of Tidying in case it was something you were considering reading.

If you want a little more organization in your life but aren’t ready to tackle it this way, her are a few simple hacks and organization ideas that you can start with.

If clutter is something you struggle with, would you consider reading The Life Changing Magic of Tidying Up? Or are there any tip and tricks that you find work well for you?

19 thoughts on “The Life Changing Magic of Tidying Up – Clothing”