My daughter recently celebrated her second birthday. I wanted to buy her one of those rolling luggages as a gift because she always wants to carry her brother’s around. When I went shopping, the choices and selection when it came to boys and girls items got me going and led me to rant about how girls seem to be led to love princesses and fairies and boys towards superhero’s and Cars. You can read all about it in Princess Pressure.

I received comments and feedback that really got me thinking about it. Maybe I was over-reacting? Or maybe I was foisting some insecurities and opinions that I had on my innocent two-year old?
So I decided to let her make her own choice. I bought three vastly different bags; Avengers, Princess and a Bumble Bee and I put them all in front of Kyah. 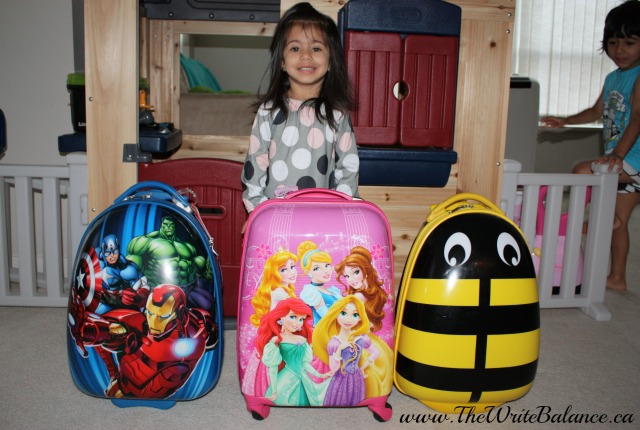 I promised my husband (and myself)  that I would put all my opinions aside and let her pick what she wanted. And whatever that ended up being, I would be okay with that. After all, it was only a bag right?
Kyah was excited to see all the bags! I explained to her that she could pick the one she wanted to keep as her birthday present. So she examined all the bags carefully and took each one for a little test drive.
Then when she came back, she told me she wanted the………. 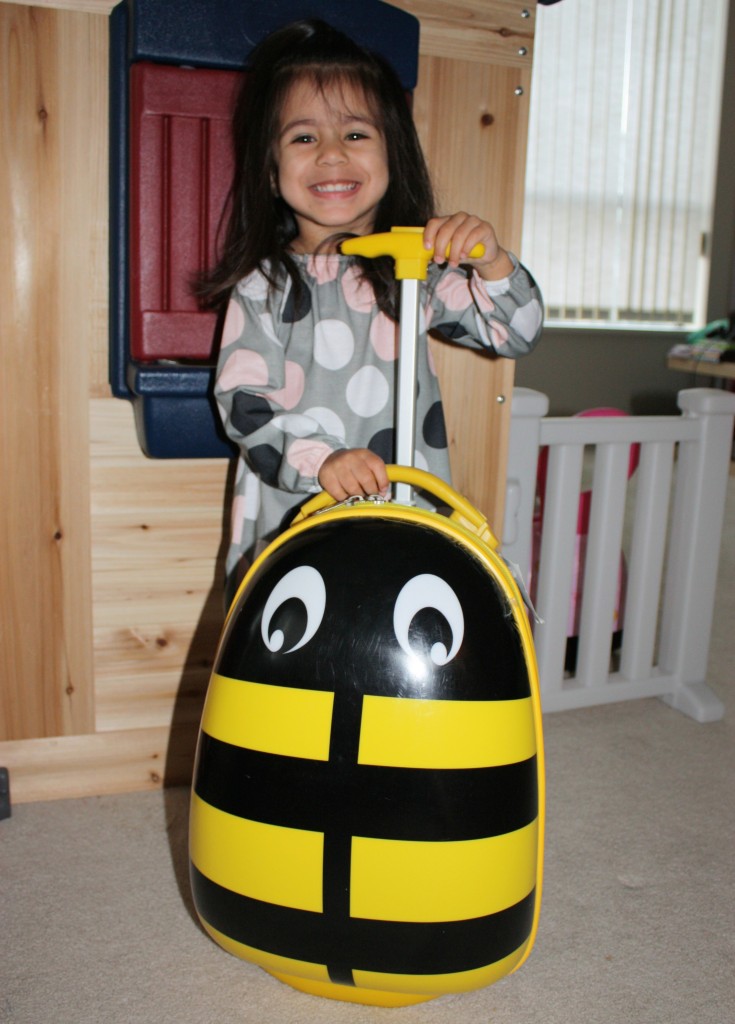 Bumble Bee!
After all is said and done, I’m not really sure what my experiment accomplished but as long as Kyah is happy, that’s what matters.
Now I just have to convince my husband that it’s okay for a two-year old to own a piece of bumble bee luggage that’s double the price of the Avengers and the Princesses!

4 thoughts on “The Princess or the Bee?”