We are officially back-to-school here in BC. Keyan’s been excited to start Kindergarten for a while. 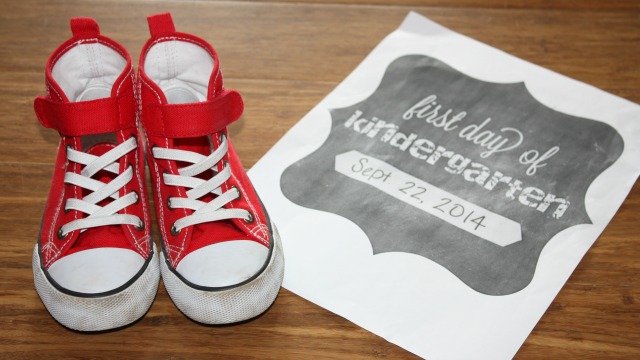 On the first day, we just went to his new school, waited in line and confirmed Keyan’s registration for French Immersion. The next day we had a 20 minute one-on-one meeting with his teacher, who was really great! Then we had a day off.

During the months leading up to Kindergarten, I can honestly say I was feeling good about this new step in Keyan’s life. Having a year of part-time preschool under his belt had helped so much. Keyan had become more outgoing, adventurous and he’d made so many new friends that he loved. I knew that he was ready for Kindergarten even though I was a little sad because I would miss him and our three musketeer weekly adventures.

I was raining on his first official half day at his school. We were happy and looking forward to it. We had a good breakfast and took our first day of kindergarten pictures. 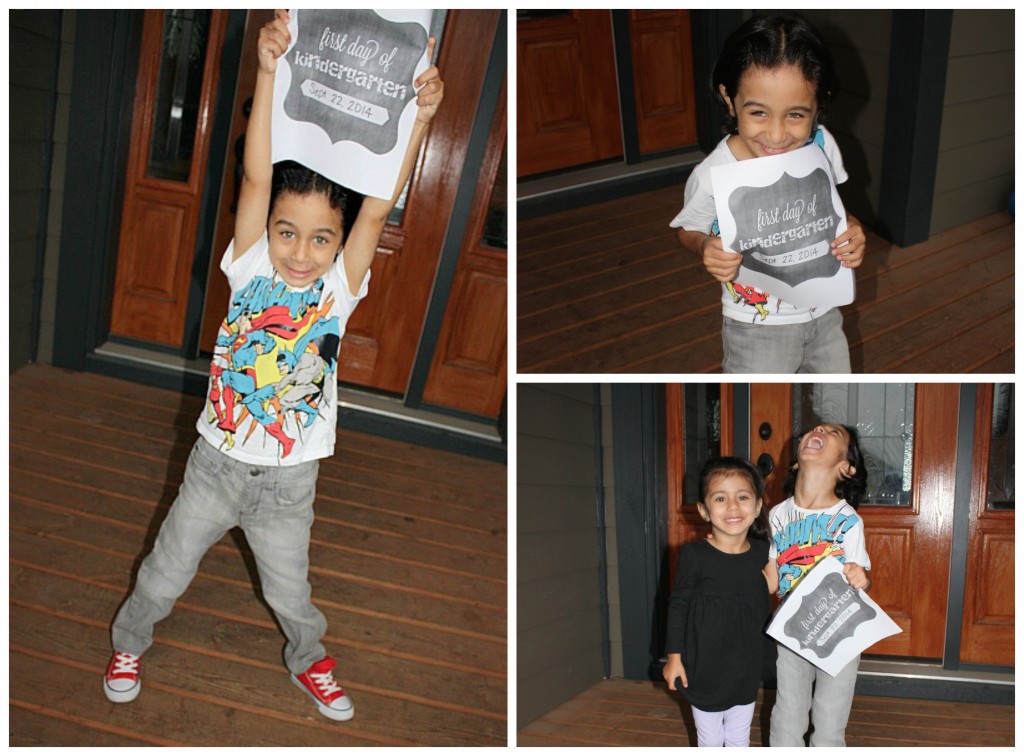 We arrived a little early outside his classroom and everyone around was buzzing with excitement and nervous energy.  I asked Keyan a couple of times how he was and he was looking forward to it. As the kids lined up for the teacher to open the door and let them in, Keyan got quiet. Kyah and I gave him our hugs and kisses and then said our goodbyes. He went in, sat down in the circle and he was good. No tears, no calling for me, he just did it. I was supremely proud of him.

Then, as I peaked in the classroom to get a last look at him, my eyes filled with tears. I didn’t understand and I turned and walked away so nobody could see me. I was carrying Kyah and she asked me,”Why are you sad mummy?”

That was a really good question. Why WAS I sad? I realized that I was feeling a sense of loss. This was it. From now on, for the next 13 years, Keyan would be in school five days a week. No more lazy mornings of reading and elaborate breakfasts, no more planning fun outings during the week, no more being together most of the day. It was a hard reality for me to accept, especially because I gave up working outside of the home so that I would have more time to be with the kids. And that special time with Keyan is over. He’s five years old and starting his school journey.

I really am excited and happy for him and I know that these feelings will subside. It’s just hard to watch when time goes by so quickly.

Heather, a friend and amazing writer, said it beautifully in her post about her son going to school, “i want nothing more for you to dive in and try, and fail even, so long as you try again. i want you to know the intense reward of having been brave, and having succeeded. i want you to discover the freedom that comes with maturity and i want you to thrive in this. i want you to learn and grow and grow and grow into your awesome self…i believe in you and your readiness. you can fly if you want to.”