It’s been an exciting and eye-opening journey. Before telling everyone about our plan, I did some research and found some astonishing facts. Did you know that it takes 10-12 donated ponytails to make one wig? And that it also costs $800-$1000 to then make that wig? It is a completely volunteer run organization, so Kyah and I decided to try and raise some money to send along with our hair donation.

I started with a goal of $400. My brother told me I needed to set my goal higher because it was a great cause and that people are very generous and he was right  We raised our goal to $1000 dollars, enough to cover the cost of one wig. 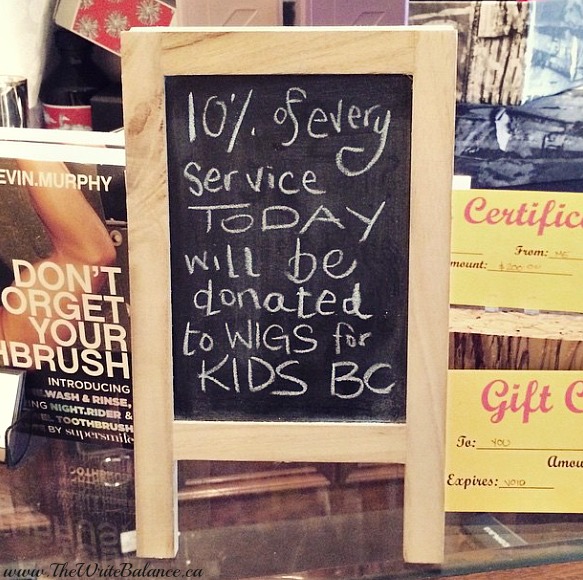 On December 17, when Kyah and I went to Bangtown Hair Saloon for the big day, we were so close to our goal. I was very happy to see this sign in the front when I walked in! I had obviously found the right people and the right place to get our haircuts. By the end of the day, thanks to the generosity of Bangtown, we not only met our goal, but surpassed it when they donated $401, amazing! Kyah and I were so excited.

A lot of people have been asking to see how our haircuts turned out. We love them!

The morning of the big day, Kyah and I took our last long hair selfie together before heading to the hair salon in downtown. 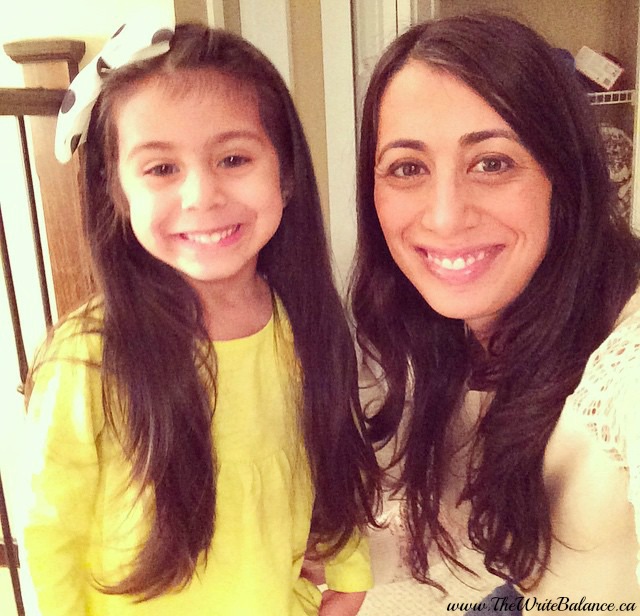 When we got there, everyone was really nice and friendly. We met Melissa, who was going to be cutting our hair. She was so great, especially with Kyah who had never had a haircut before. Melissa sat her down and talked with her first to get her prepared. Then she put Kyah’s hair in a ponytail and did the big cut. It was almost 12 inches and Kyah didn’t even flinch! She just had a big smile on her face 🙂 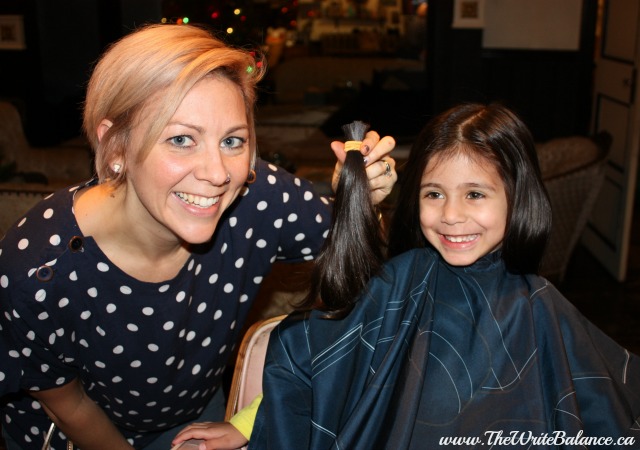 Kyah was really happy and proud of herself after she got her haircut and was excited to show everyone her new do and the ponytail she was going to donate. (She even took it to school the next day for show and tell!) 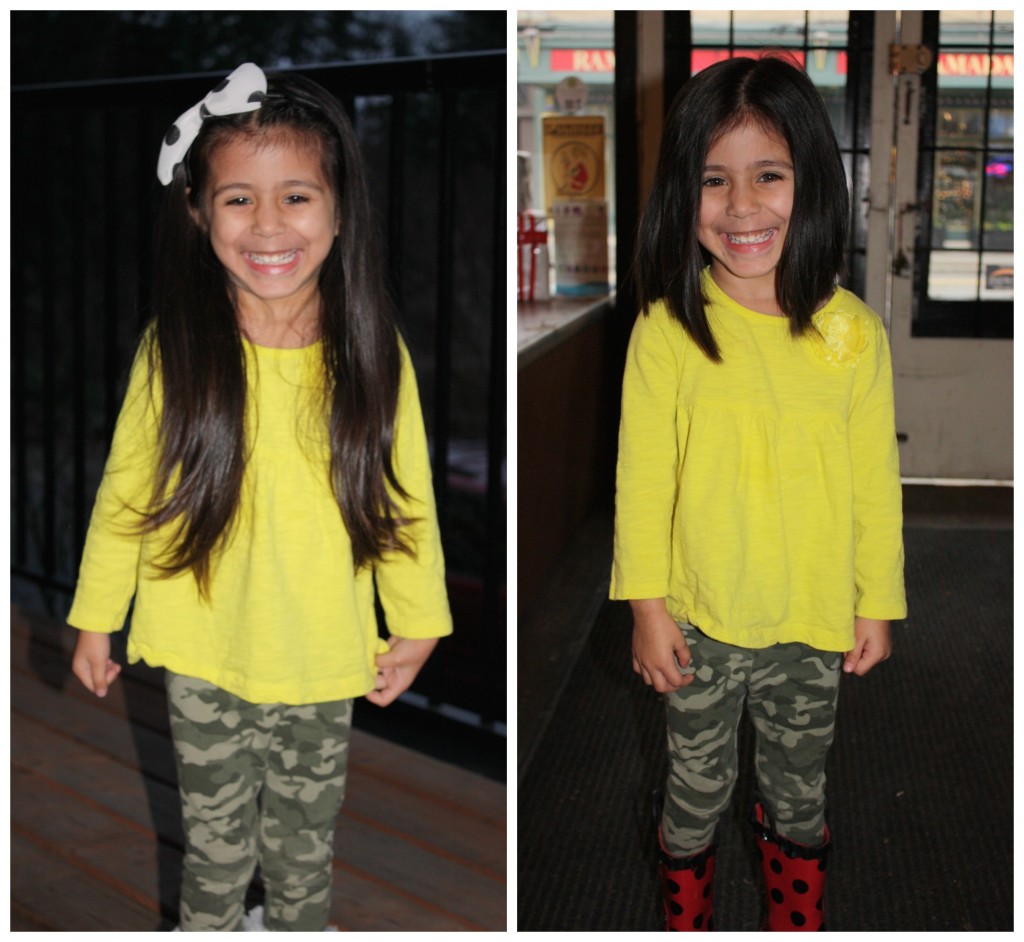 Then it was my turn and I was surprisingly calm, considering I hadn’t cut my hair short since my last hair donation eight years ago. But I was doing it together with my daughter and it was for such a good reason that I didn’t feel any nervousness. And it turned out I had no reason to be. Melissa did an amazing job on my cut and style and I loved it after the nine inches were gone! 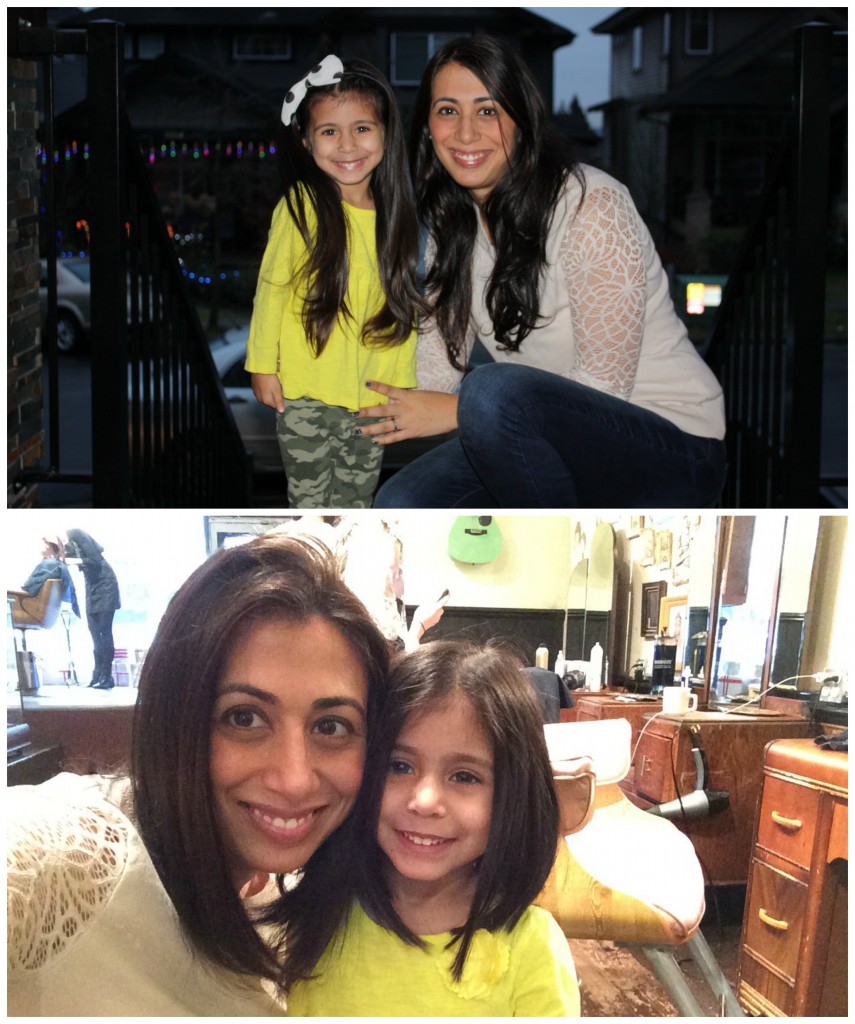 So far, our fundraising total is at $1436 and still counting. If you would like to support Wigs For Kids BC and make a donation, you can do so here: Donate to Wigs For Kids BC. Anything you give goes a long way to help kids who need these services.

I am really proud of Kyah for what she did and I hope that this is something that stays with with her as she grows older. She already has plans to grow her hair and donate it again when it’s long enough.

Thank you so much to everyone for all their continued support and help.

17 thoughts on “Our Hair Donation – The Results”