I have been excited for Keyan’s birthday party for quite a while! The reason being is that we planned a totally cool, clay Yoda building, splatter painting party for him at 4Cats Art Studio Shaughnessy!

Since going there and building clay penguins, Keyan’s been wanting to go back again. So it really was the logical choice to have a Star Force Clay Party for him.

It ended up being so much fun for everyone so I wanted to share it all with you!

We had the party on a Sunday afternoon which worked out great. After all the children arrived, Messy Marnie, started talking to the kids about the rules of the studio and what they would be doing that day. I have to say, she is great with the kids! Everyone listened very well. 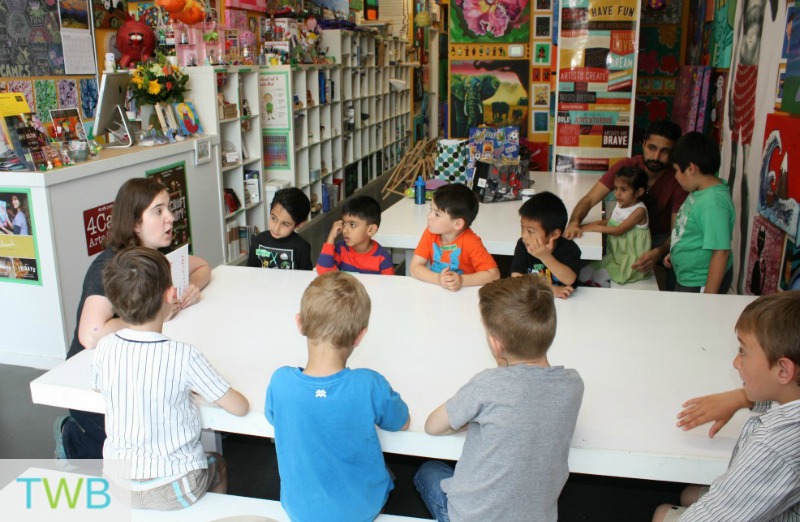 Most of the kids at the party were making clay Yoda’s. Marnie went through each part, step by step and piece by piece so that it was possible for all the kids to make it themselves. 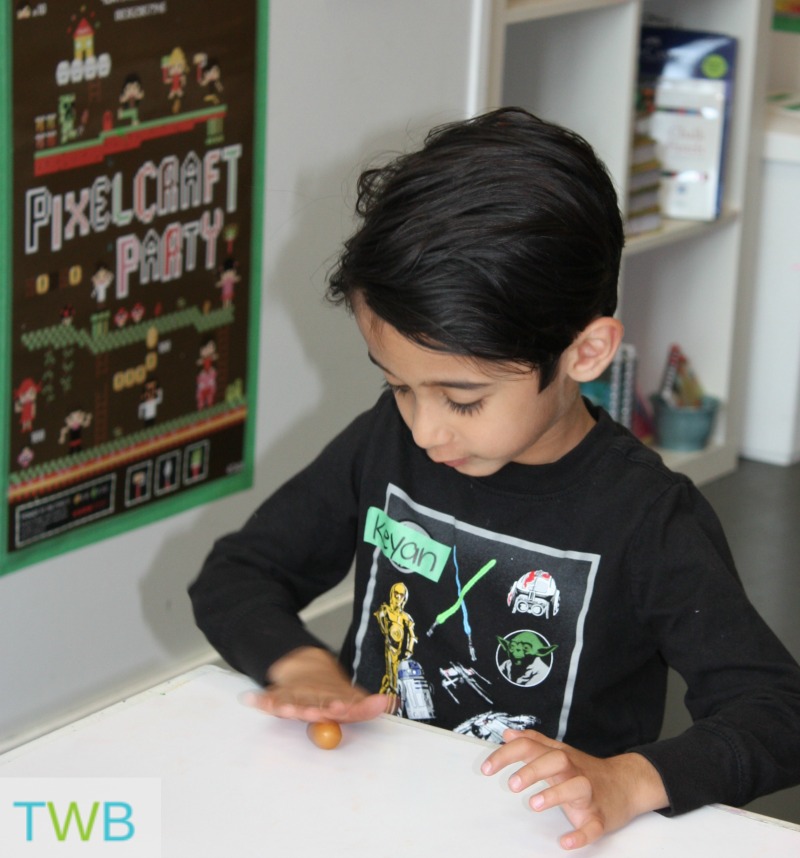 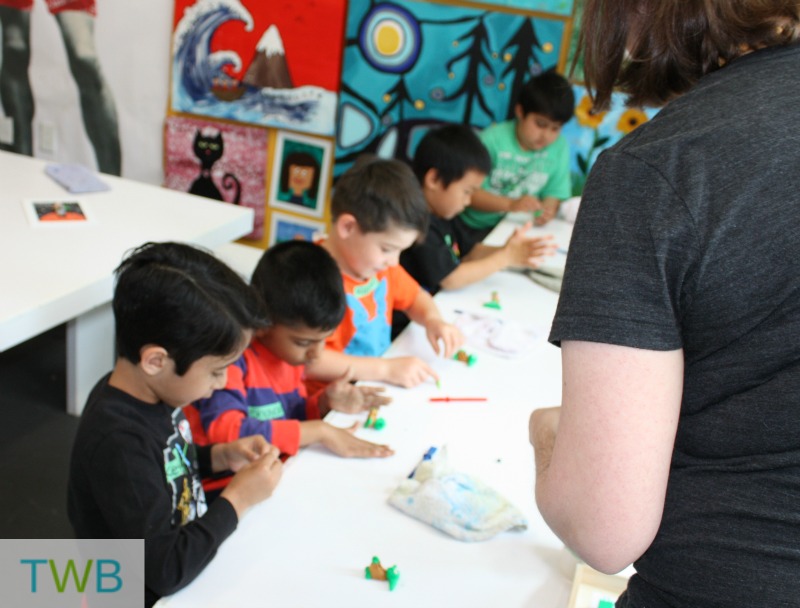 Kyah made a Princess Leia. 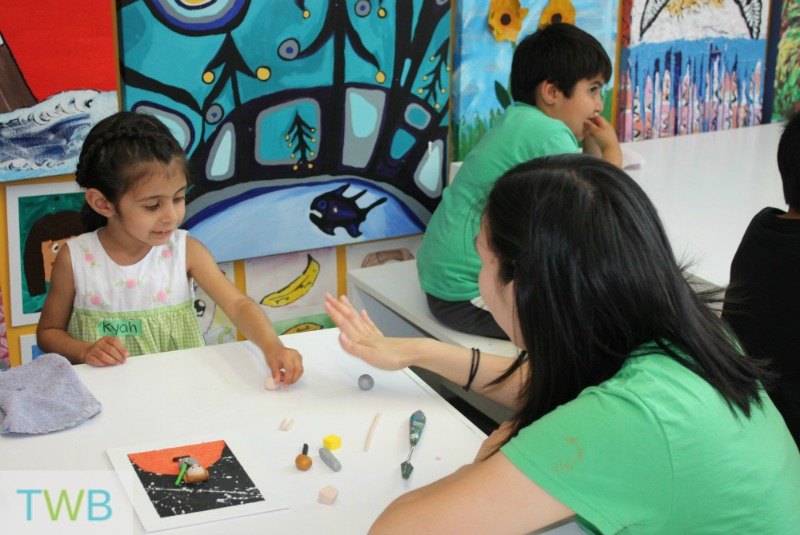 Once all the Star Wars characters were made, the kids went into the splatter room to paint the background for their clay creations. First they painted the background, created a planet and then splattered glow in the dark paint to create the stars. 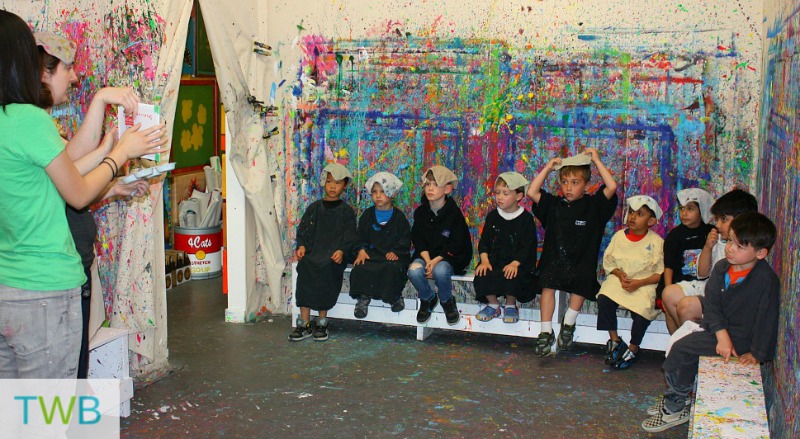 Once the art portion of the birthday was over, we had pizza, fruit and veggies for lunch. Art definitely makes you hungry! Then it was cupcake and candle time. 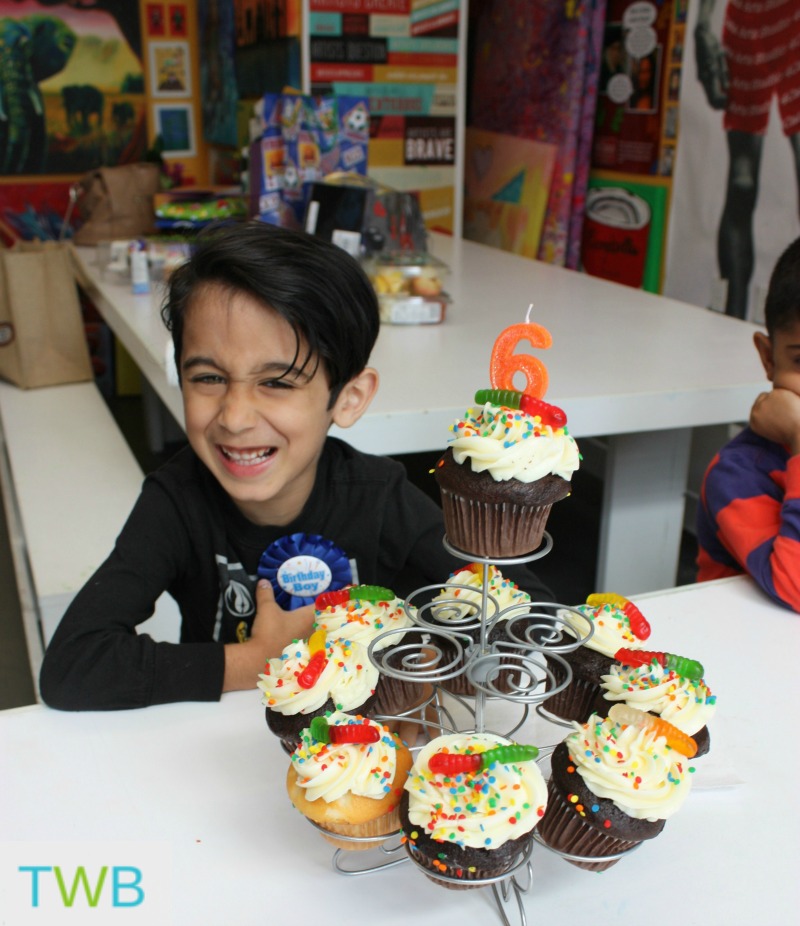 We spent a total of 1 hour and 45 minutes at the 4Cats Studio and it was the perfect amount of time. The clay art stayed at the studio for a couple of days so the paint could dry and the clay could be baked. 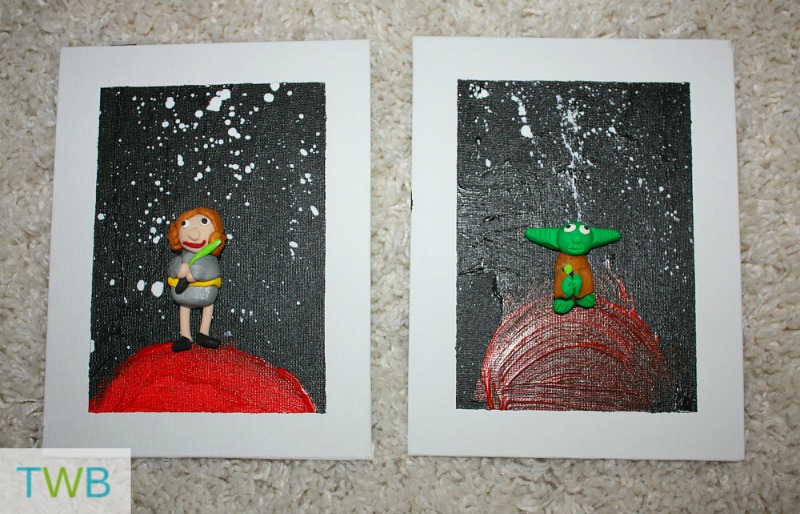 When we picked them up, each Yoda was unique and perfect. The kids had such a fun time at the 4Cats Art Studio Shaughnessy and they got to take home a keepsake of the party and a pretty cool piece of art work to hang on their walls. Definitely a birthday party that will be remembered. 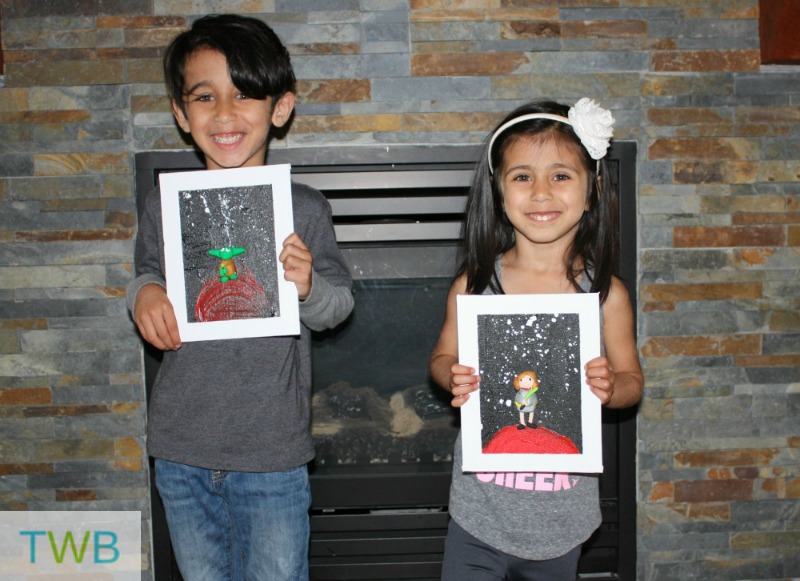 *A big thank you to 4Cats Shaughnessy for giving Keyan such a  wonderful 6th birthday party!